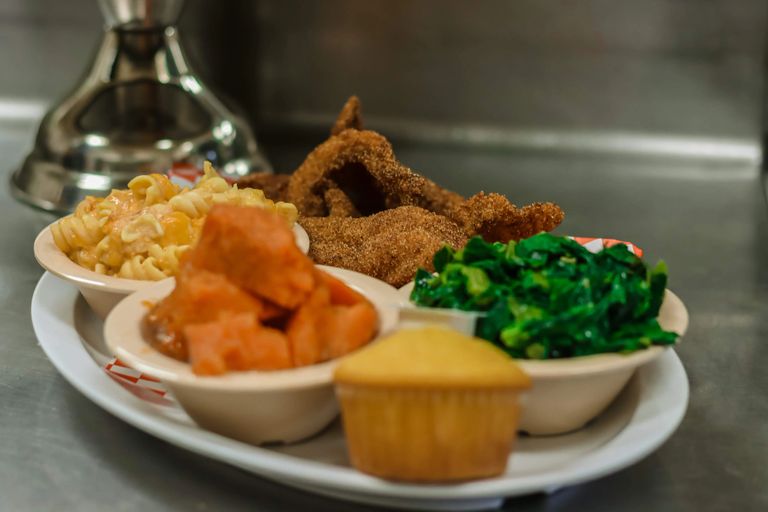 Alma has always been known throughout the city of Compton as a great cook, and on November 12, 2016 finally found a storefront to call home.

Corina (Cookie gal C) Pleasant is a chef and Baker who learned from her grandmother, aunt, and mother. She also attended culinary school to further her education in food service, and has a dedication to her customers that is unmatchable. She has catered for over 20 years, and finally has established a home for she and her mother Alma's first restaurant in the great city of Compton, with southern hospitality at the forefront. Alma, our namesake began cooking at an early age and put into effect southern techniques she learned from her mother Annie and older sister Betty Jean who both were awesome cooks from Arkansas. Alma in turn shared what she learned with her 2 daughters, Yvonda and Corina. The baby girl watched her mom prepare food and desserts and was always intrigued as a very small child by what was done in the kitchen. From there grew a fascination that has grown into a career. Come and get some of our southern hospitality!

"Here at Alma's, we take pride in providing our customers with only the best quality cuts of meats, produce, and dairy used in all of our food and desserts. Quality over quantity is at the forefront with specially cut Turkey and pork chops, premium chicken, uncut Oxtails, fresh vegetables, seasoning made in-house and homemade cornbread. This family-owned and operated business is known for turning out some of the best soul food as well as homemade desserts and beverages in the county!!!" ~ Cookie Gal C